When Fashion and Entrepreneurship Meet: A Competition Featuring Students and Industry Professionals 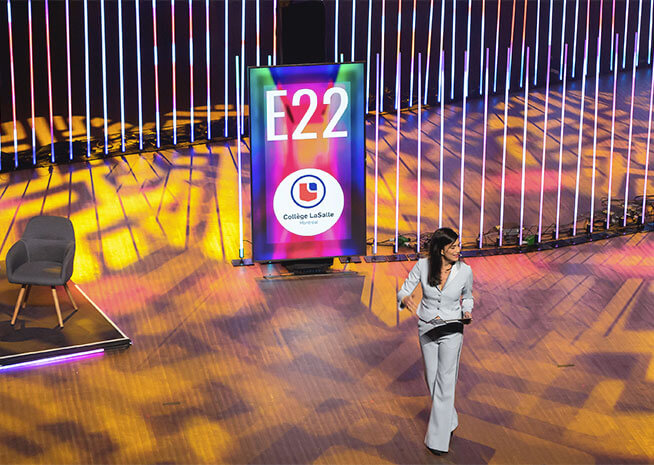 After two years of virtual events, our Fashion Marketing students were very excited to be back this year in the famous Pierre-Mercure hall, where they have long been accustomed to holding their pre-graduation event: E22 (also known as Entreprise Mode).

This event, held before an audience of family and friends, is an opportunity for them to present their business ideas and bring their college career full circle. With a unique and reinvented concept for this year, our students put on a colorful, spectacular, and very professional show, like the ones we’re used to seeing!

The occasion, hosted by Debbie Zakaib, crowned the team that developed the E22 best business concept.

The E22 organizing team, composed mainly of students, recruited 3 fashion industry professionals over the course of the year to act as experts and mentors for the students:

Well before the event, each expert was asked to select, from among the 16 teams in the 2019-2022 class, the two teams that they felt had the best business concepts.

During the evening, the experts took turns on stage, accompanied by a representative from each of their two teams. The representatives had to present their business idea and answer questions from their mentor. After this discussion, one of the two teams was chosen by their mentor to move on to the next round.

In the end, it was the audience, using a real-time voting app, who crowned their favorite team!

The Bedi team included Ciela and Lamusenature. Following the presentations, Inder chose to continue to the finals with the Ciela team, composed of Alexandre Hupé, Katrina Ferraiuolo, Sophie L’Arrivée, and Morgane Lavallée.

These 4 young professionals proposed fashionable maternity clothes that fit throughout pregnancy, making them a cost-effective and environmentally-friendly option for future moms.

As for Freddie Powers, she chose the Epsilon and Dripped teams. In the end, Epsilon, a one-student team of Seyedeh Mahshid Nabavi, went to the final.

The young woman proposed an idea for a manufacturing company that uses 3D printing to make sustainable fabrics. 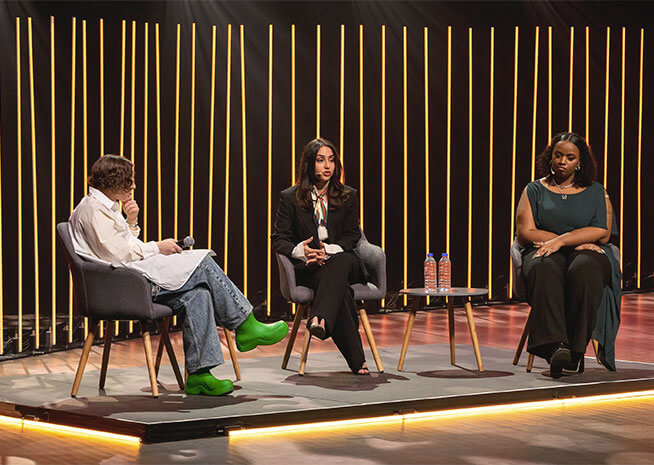 Finally, Zach surrounded himself with the Agora and META.me teams. Following the presentations, he chose to continue on with the META.me team, composed of Eleonora Tsoy, Reilly Severin, and Polina Sidorenko.

The three future entrepreneurs had the idea to use innovation and gamification to design a company that would evolve 100% in the metaverse. 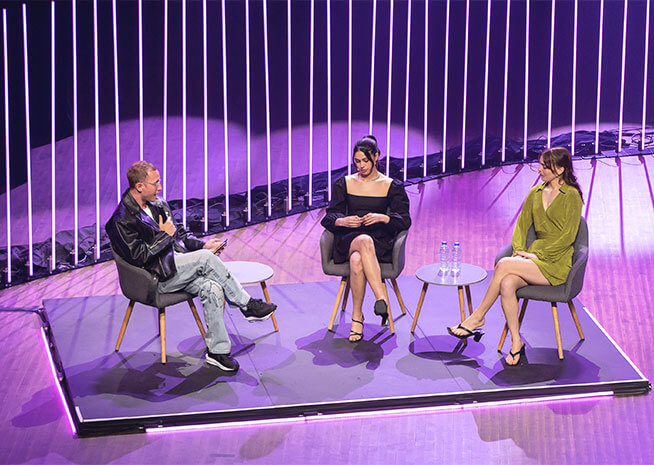 But this year, to surprise the audience and give a seventh team the chance to win the grand prize, the E22 organizing team invited a surprise expert: none other than Franco Rocchi, from Suzy Shier and Le Château.

Franco chose Maison Bonkers Montréal, a team made up of Thaminah Anjum Hassen and Liliana Alejandra Martinez Lopez. The two women wanted to breathe new life into the beautiful wedding dresses of Sri Lankan women through their company by selling items that reuse the fabrics from the dresses.

This year, the audience chose to crown Ciela, from Team Bedi, with the title of E22 Best Business Concept! 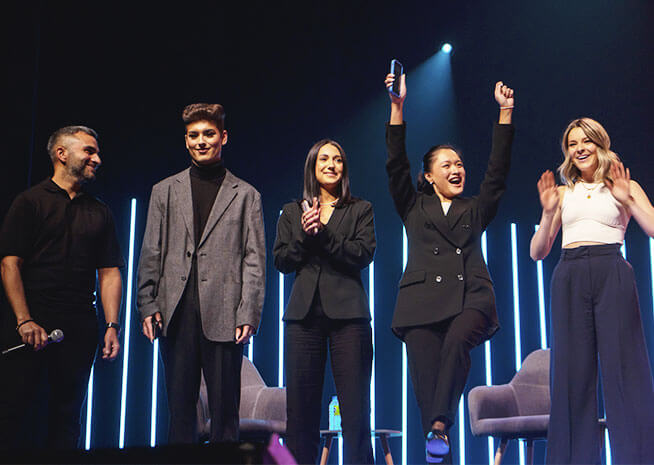 In addition to crowning a team with the best business concept, E22 is an opportunity to award numerous scholarships and excellence awards to students who distinguished themselves during their studies.

This year, we awarded:

Finally, the E22 team presents the Alumnus Excellence Award each year to highlight the professional career of a former student of the College. This year’s recipient was Desia Halpin-Brill, a 1996 graduate and now president and co-founder of Brill Communications.


Watch the recording of the event: 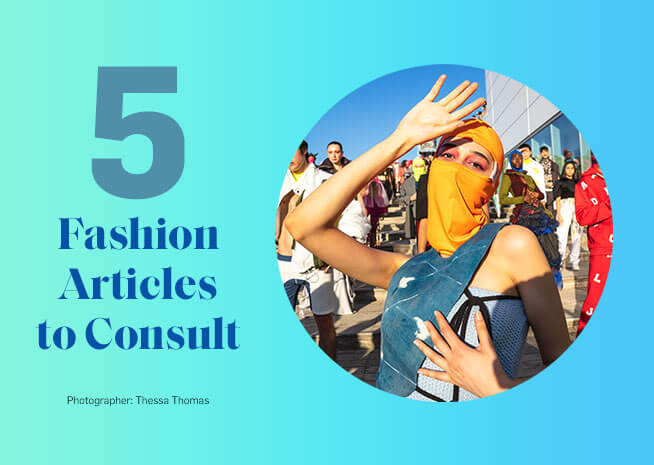 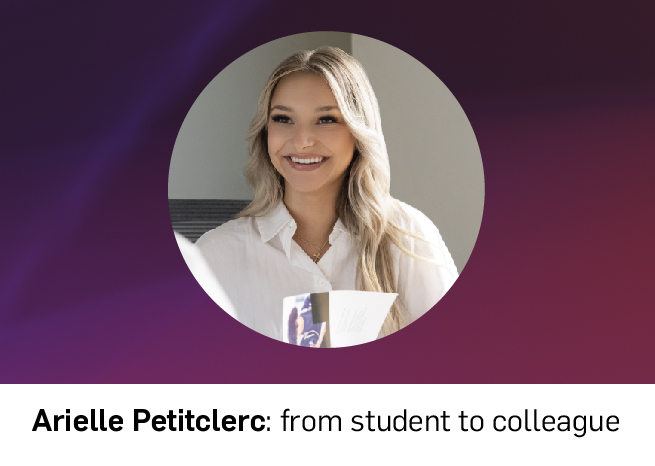 Portrait
Arielle Petitclerc: from student to colleague at LaSalle College

Arielle Petitclerc, an actual Fashion Marketing student, has been with us for a few months already as a Content Marketing Support Officer for LaSalle College Vancouver. 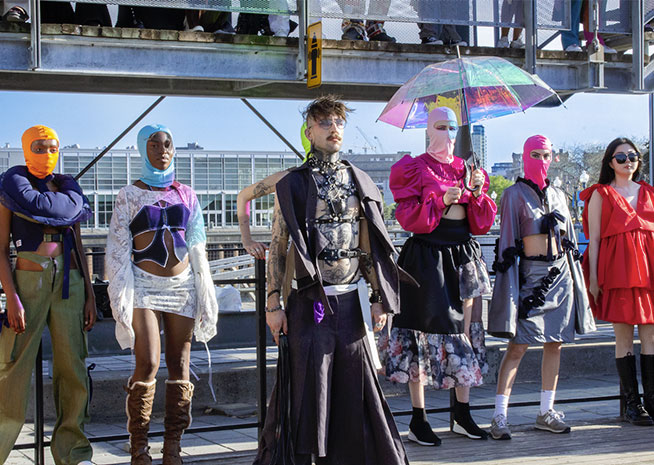 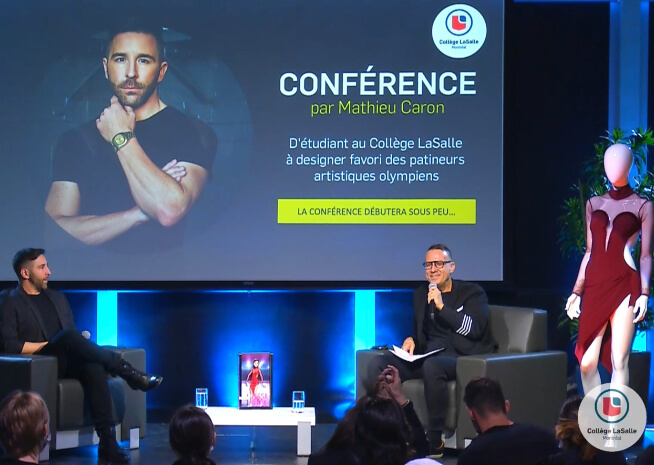