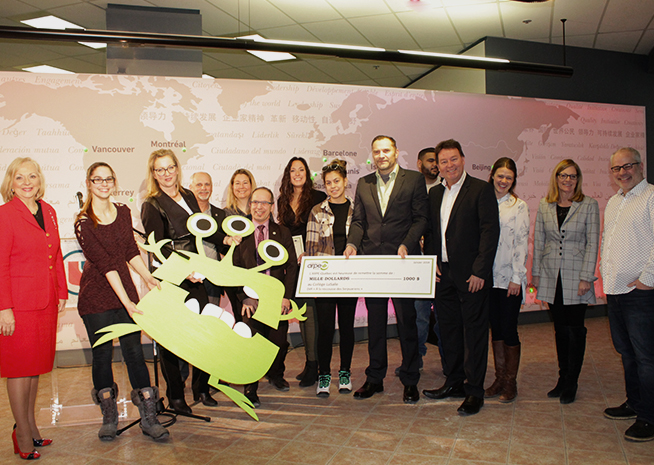 LaSalle College’s Environmental committee’s work was applauded in a ceremony organized to congratulate the winners of an electronic products recycling contest, to which LaSalle College participated in fall 2017.

An EPRA-Québec and Nature-Action Québec initiative, this contest aimed to bring students, teachers and employees from Greater Montreal college-level institutions together toward the same goal: properly recycling old electronics.

LaSalle College stood out due to the originality of its campaign to promote and raise awareness as well as the volume of old electronics collected. LaSalle College won the first prize: a $1000 bursary that will be used to support the Environmental Committee’s activities.

During the campaign, everyone was invited to feed the hungry monster bins on the Mezzanine with old electronics. Students, teachers and employees collaborated closely with the Environmental committee during the contest and the ceremony highlighted their contribution. 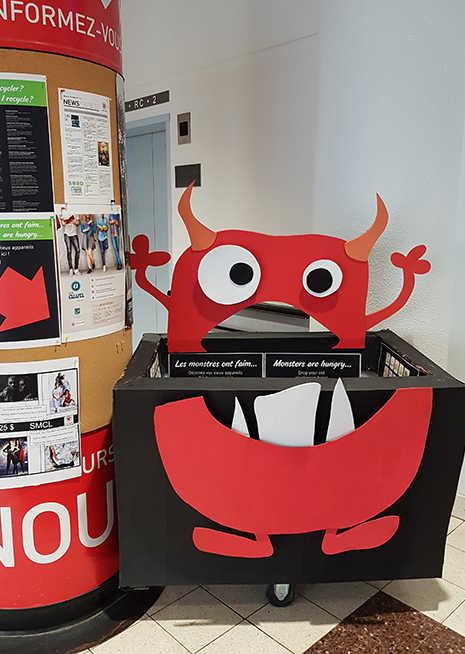 M. Martin Carli, co-host of the television show Génial! and spokesperson of EPRA-Québec, as well as Dominique Levesque, EPRA-Québec’s Executive Director, were there.

Since 2008, LaSalle College’s Environmental Committee has been developing an environmental management culture and putting in place activities to train and raise awareness about sustainability and the environment.

In 2017, the College was awarded the Excellence Level certification as a Collège Vert du Québec by ENvironnement JEUnesse for the sixth year in a row. This is the highest level of the certification and is based on continuous improvement.

Recently, an all-students Green Brigade was created at the College. The Environmental Committee and Green Brigade are already working on the activities for the upcoming Green week which will take place March 19th to 23rd.