LaSalle College partners up with Montreal Museum of Fine Arts within the context of its major fashion exhibitions "Thierry Mugler: Couturissime" and "Montreal Couture". 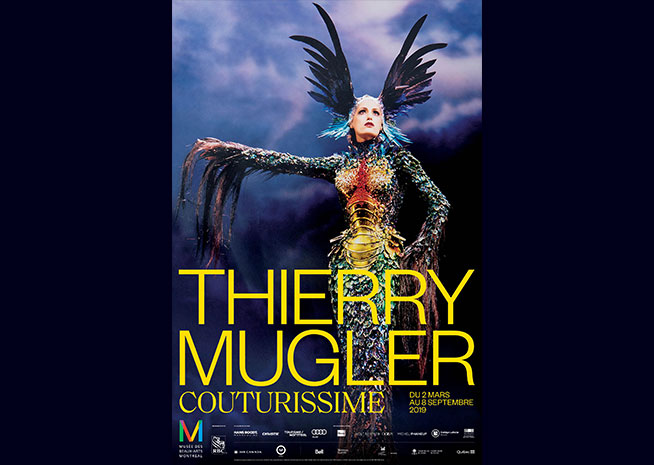 LaSalle College is a proud partner of the Montreal Museum of Fine Arts (MMFA) and excited to specially collaborate in its major fashion exhibitions "Thierry Mugler: Couturissime" and "Montreal Couture", which will be held from March 2 to September 8, 2019.

During this time, the MMFA will also hold an exhibition of LaSalle College student creations in the Boîte à Couture section.

Inaugurated as a world premiere in Montréal, the exhibition devoted to the internationally acclaimed French designer, Thierry Mugler, will feature some 140 creations never exhibited before in a spectacular scenography.

The exhibition is curated by Thierry-Maxime Loriot, who has specially selected the creative masterpieces fashioned by LaSalle College students.

In 2019, LaSalle Montreal College celebrates its 60th anniversary and this partnership with the MMFA is part of the festivities surrounding it.