Learn more about serial entrepreneurship from Alexandre Taillefer during this conference to benefit the LCI Education Foundation. 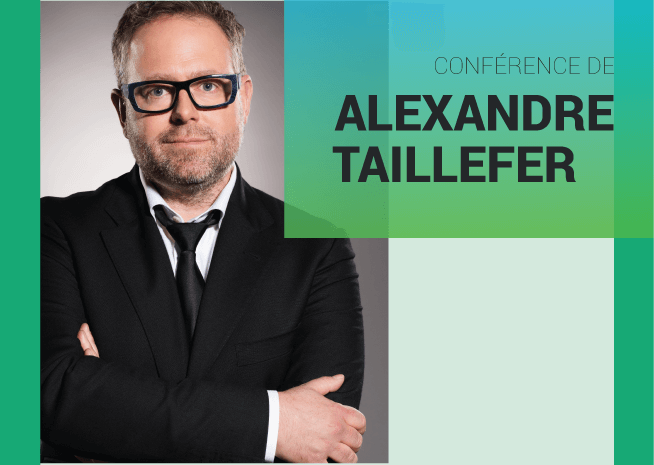 Mr. Taillefer is generously presenting this lecture to benefit the LCI Education Foundation. All proceeds from the event will be donated to the foundation, which supports student retention and children’s literacy, both here and around the world.

Doors will open at 5 p.m. and appetizers will be served. The lecture begins at 6 p.m. and will be followed by time for questions.

Please note that the conference will be given in French.

Space is limited, so purchase your ticket from Eventbrite today.

Alexandre Taillefer is a serial entrepreneur who has gained public recognition through his appearance on the Dragon’s Den television show. He has been managing partner at XPND Capital since 2011. This private equity firm focuses on companies in the sustainable transportation, technology, media and entertainment fields, with nearly $100 million in investments.

In 1993, he founded Intellia at 21. The company is an interactive agency that became Nurun and is now owned by Publicis. In 2001, he founded Hexacto, which became a world leader in mobile games in just two years. It was acquired by Jamdat Mobile, then by Electronic Arts. In 2007, he co-founded Stingray Digital, a company that has now gone public. It streams music into more than 100 million homes around the world every day. In 2015, he founded Téo, a fully-electric taxi company that revolutionized the industry.

He serves on a number of boards, including GSM Project, IPerceptions, Communications Voir and Autobus Lion.

He writes a monthly column in Voir magazine and often shares his ideas and passion as a public speaker.